And finally the topic for another generico who did appear everywhere from the 1970's until the 1990's.
He was also in some fotoromanzi, and was finally identified by Johan who found out his name in the fotoromanzo Femmina n.10 (1974)

As lawyer in Processo per direttissima (1974)

Yes, I did find him in a fotoromanzo! This is our man in Femmina N. 10: "I sogni cominciano all'alba" (published October 1974)

He plays the count Bruni and he is credited, too

With so many generici in Telefoni Bianchi (1976)

I think by the number of roles that you are begininning understanding the importance of this discovery Johan !

And dancing with so many others generici in Gran Bollito (1977)

And now I have found him too! He's in the audience during the first trial in Il vero e il falso (1972)

I've changed the first post with the filmography a little by removing the main picture and replacing it with a really good close-up of Franco from Mannaja (1977).

My compliments for your first discovery for Franco.

And by the way look who is here !
From the bank scene in Fracchia la belva umana 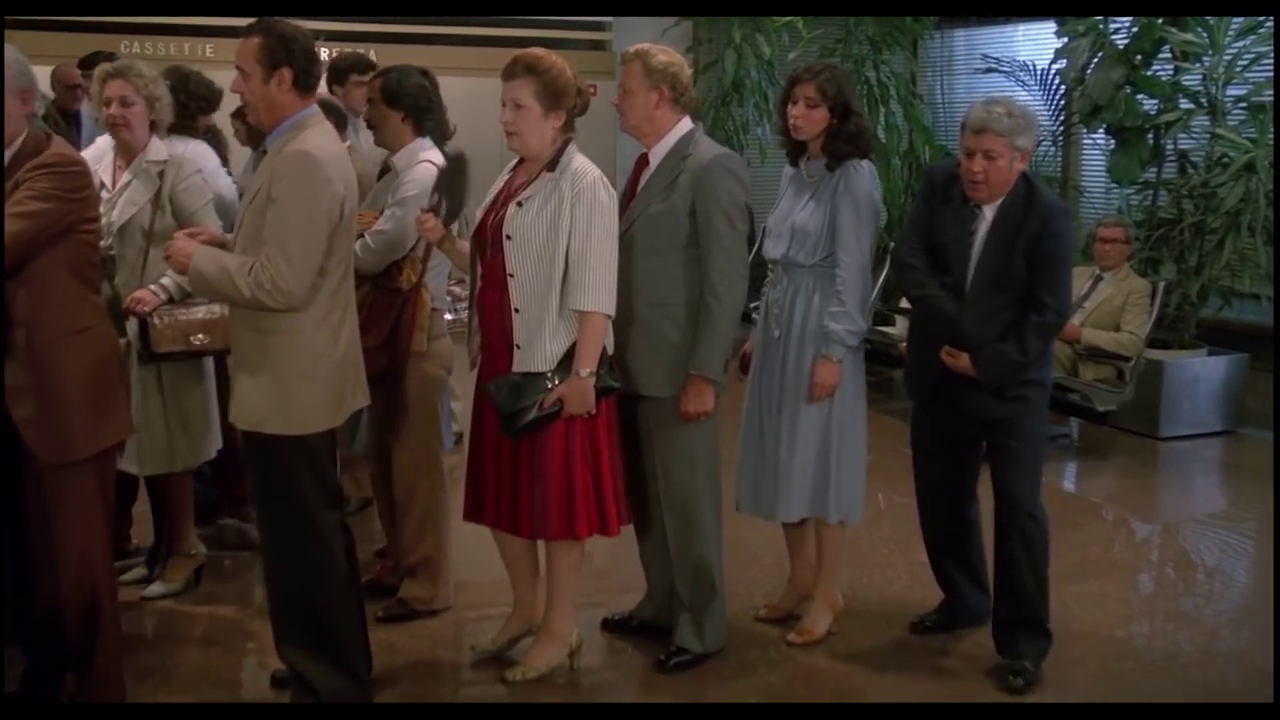 Great !
And i have many new roles for Franco to add !
Top
Post Reply
64 posts